After I finished their Chimera transport on Sunday, I decided to keep going and try to knock out the remaining five members of the squad undone. That consisted of the Watchmaster, Vox Operator, Engineer with Demo Charge, and two standard Engineers. 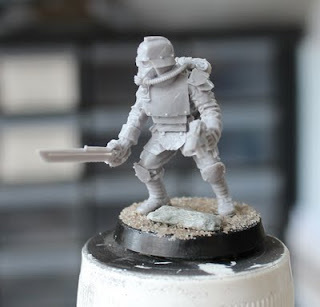 This was a simple conversion- no fancy tricks or anything like that. I just used a pair of arms from the Krieg Officer Upgrade pack to hook him up with a power weapon. He turned out decent enough... 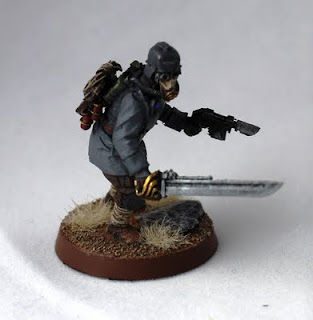 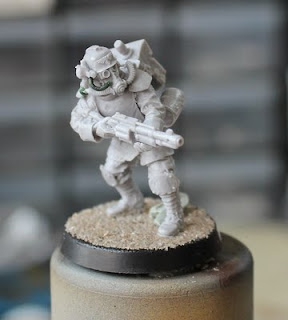 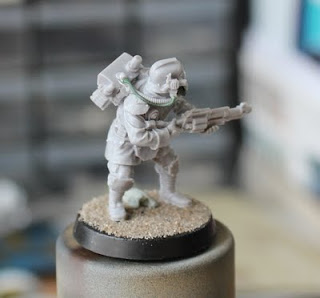 This was my favorite one to build, without a doubt. I took a regular Engineer and added a Krieg Vox Caster from their equipment pack. It comes with a vox caster (duh), as well as a little microphone doo-hickey that attaches to the left side of his helmet. I didn't realize what the tiny bit was until I checked the Forge World site and closely examined the Command Squad vox operator. While I was doing that, I noticed that there is a cable that's supposed to run from the vox caster to his helmet, and then another one from his helmet to the gas mask. Since these cable weren't included, I went ahead and rolled some really thin sausages of green stuff and made my own cables pictured above. They turned out decent enough. I'm certainly happy with the final results- the antenna is a bristle from a plastic broom 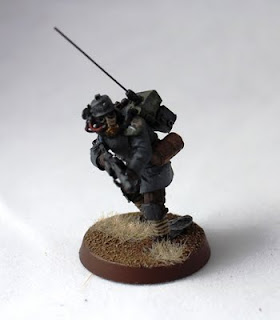 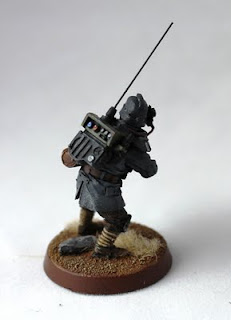 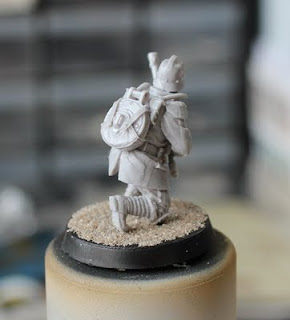 This one was pretty easy, too. I shaved away a bit of material from each of his back mounted gas filters until the demo charge would snugly fit in there. 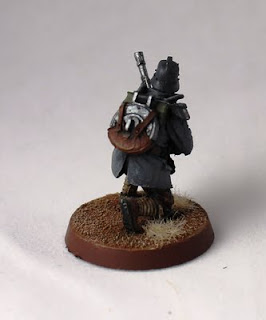 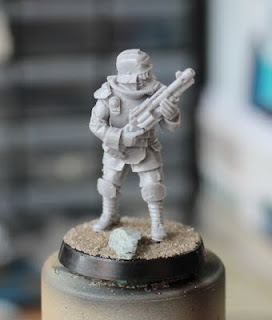 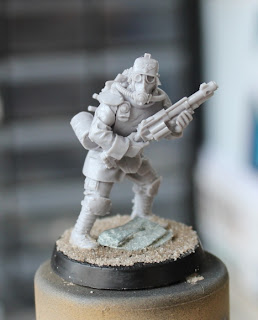 No conversions necessary on these- regular ol' Engineers to round out the squad. 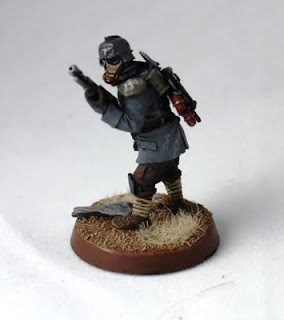 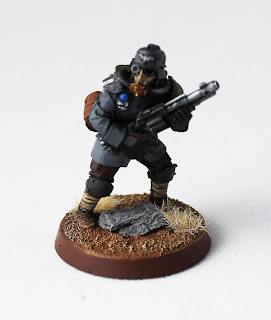 So, the entire squad AND their transport is done- HUZZAH! Up next I've got to do another Battlefront vid- I'll have that squared away by mid week. Once that's done, it's time to build and paint the infantry platoon Command Squad. I'm really looking forward to that one!

I'll leave you tonight with a shot of all three vehicles finished thus far- good night and thanks for checking this out....

Posted by deathkorps at 1:12 AM