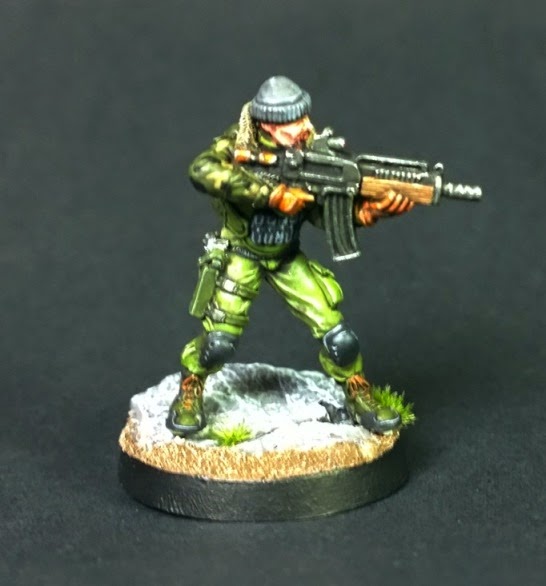 Now I'll be the first to admit the pics aren't the greatest- a bit out of focus and a bit overexposed. However, I just took a few quick pics to share and get back to it. I've picked up the Ariadna Starter Set and I'm getting it painted up first. I absolutely love the figs, and the Russian themed ones in particular. They're more challenging to paint than typical 28's, but it was nonetheless a blast. More to come, along with some British Motor infantry to boost my existing Welsh Guards Armored Recce for our upcoming Market Garden campaign :) 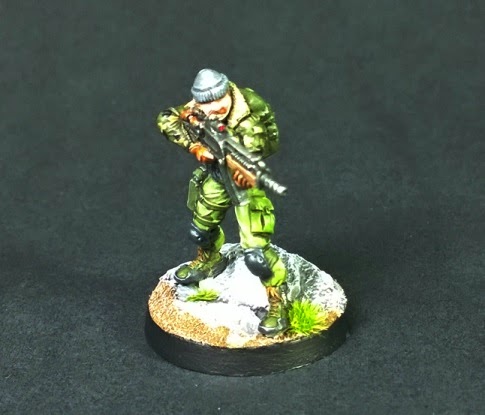 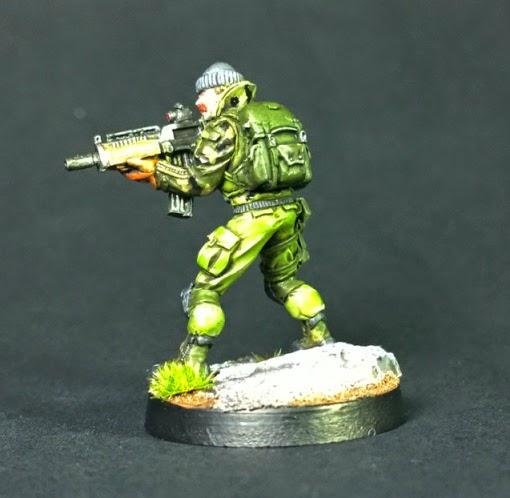 Email ThisBlogThis!Share to TwitterShare to FacebookShare to Pinterest
Labels: Infinity

Iron Warrior Project Has Begun, Starting with Allied Traitor AM 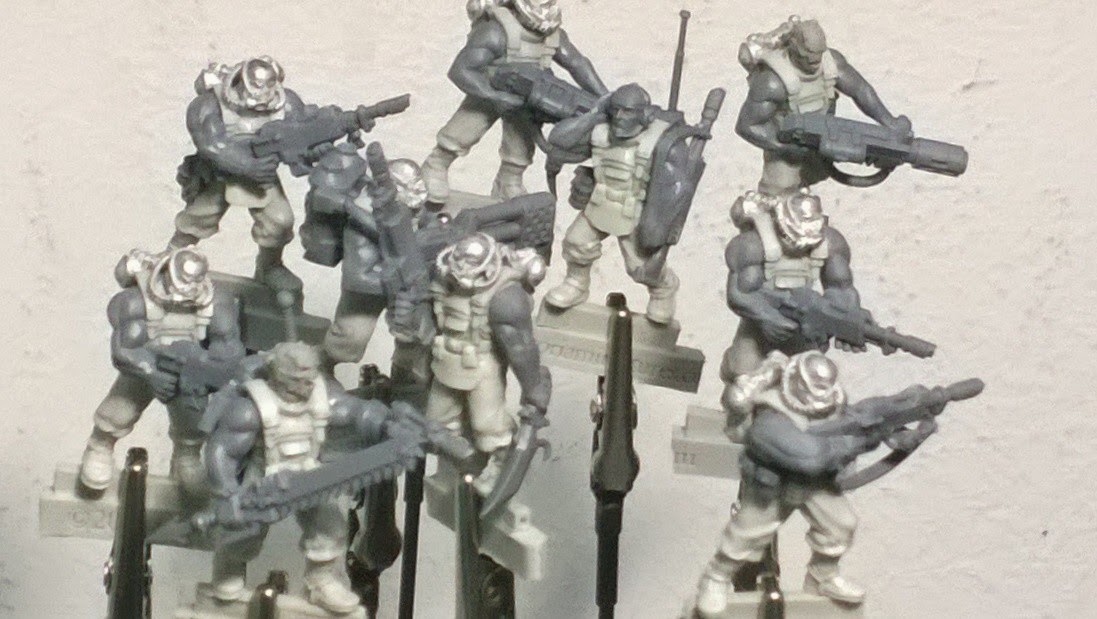 As of yesterday, painting has begun for the Legio Army Throwdown III, a 4 month painting challenge that has participants painting a 1500 point 40K army from scratch. I've decided on doing an Iron Warriors Chaos Space Marine force, with an allied detachment of Astra Militarum. The Troops choice from my allied detachment, a Veteran Squad with a Taurox transport, will be my first entry into the challenge.

I put a lot of thought into what these guys would look like, especially since I only have to paint one squad and one command section for them. My inspiration/backstory for these guys are the Selucid Thorakite regiments that fought with the Iron Warriors during the Horus Heresy. The only mention I've seen of them comes from the book Angel Exterminatus. In it, it basically says they are Imperial Army regiments raised from Olympia, the home world of the Iron Warriors.

So, here's what I settled on for these guys- first the components:

Legs, Torsos, Groin Armor, and metal heads are all from Victoria Miniatures.

Arms and weapons are from GW's Catachan range of miniatures.

The heads for the sergeant at the bottom left and melta gunner at the top right are from the 'Iron Mutants' range by Puppetswar.

There are also assorted bits and parts of bits from GW's Chaos Space Marines and Space Marine Scouts in the form of grenades, pouches, rope, and the Chaos Meltagun variant.

Basing has already been decided on with the test models I've finished, which of course are not part of my Throwdown army. It's cork painted dark grey, drybrushed light grey, and then washed with a mixture of water and MIG Dark Mud pigment, as below: 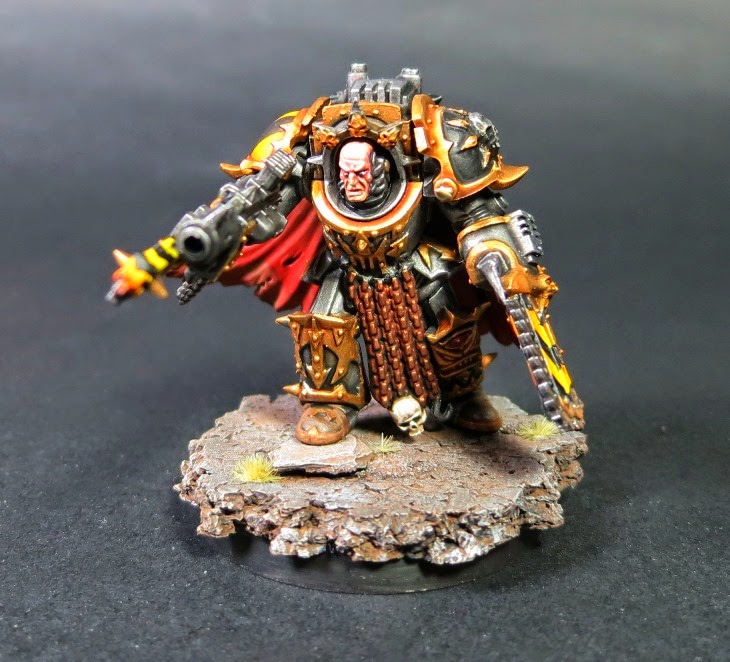 For the paint scheme I've decided on a scheme inspired by German SS Autumn Camo from WW II- a khaki base with splotches of ochre and black. I may also go with a less ambitious plain ochre option- jury's still out.

Likewise with the Taurox I'm a bit flummoxed as to whether I just paint it like the Defiler I've already done: 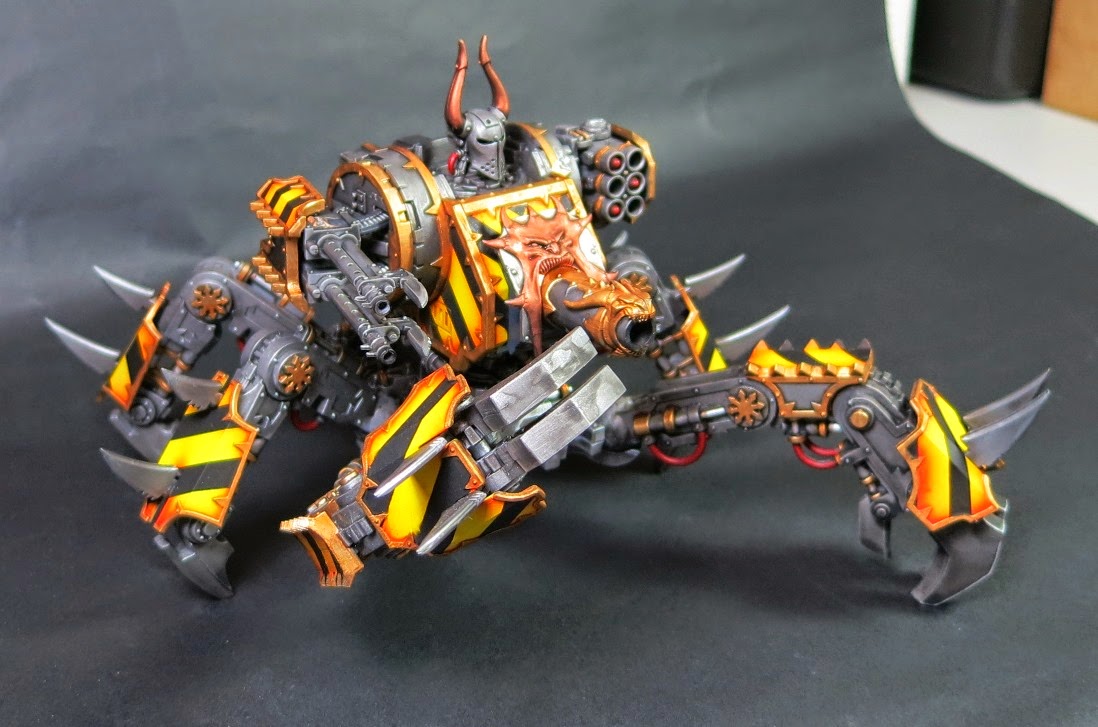 Or do I try to incorporate more of the ochre/SS Autumn Camo? I don't want the allied detachment to look completely separate from the Iron Warriors. Suggestions folks? I could really use them!
Posted by deathkorps at 7:56 PM 23 comments: 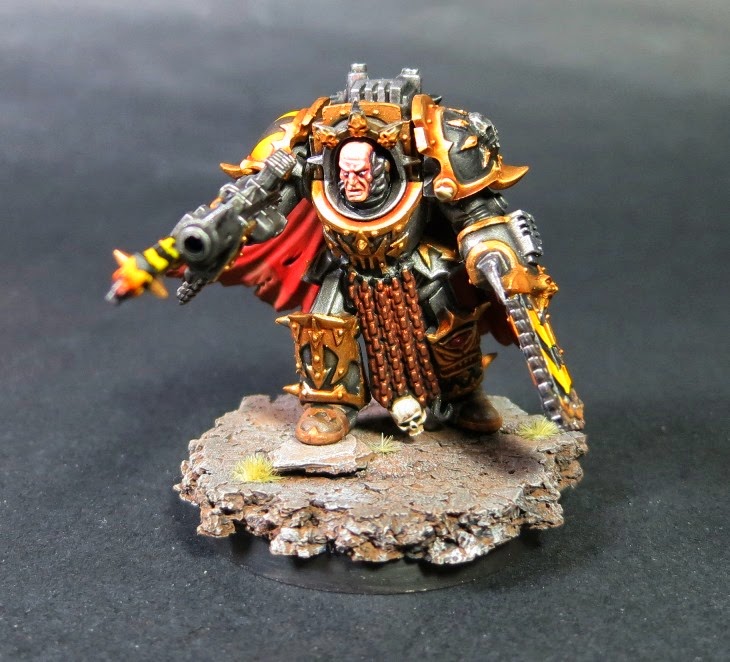 I may not end up waiting until May to start this army! :) Really enjoying the scheme- made a couple changes from the bike test model, including more stripes and more detail on the base. Up next- a Defiler! 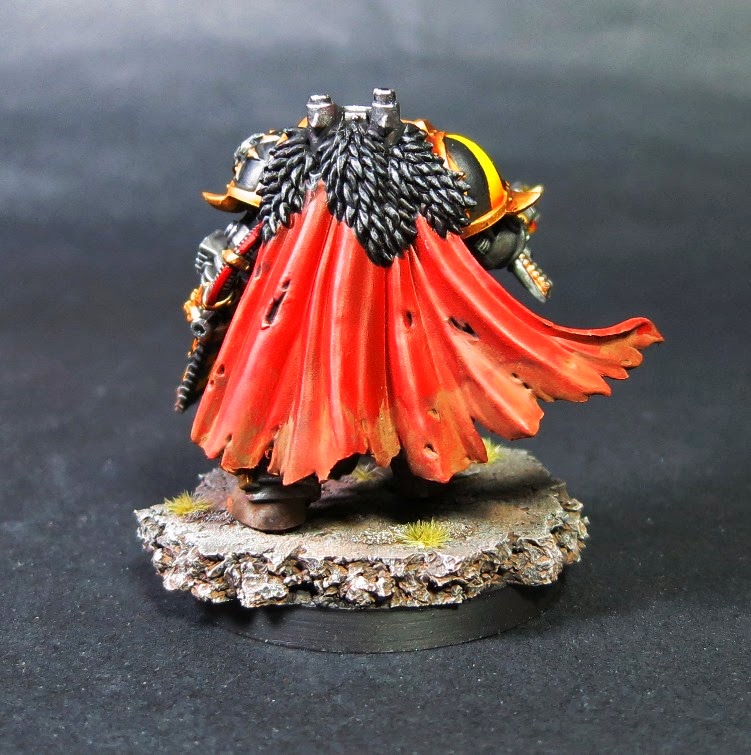 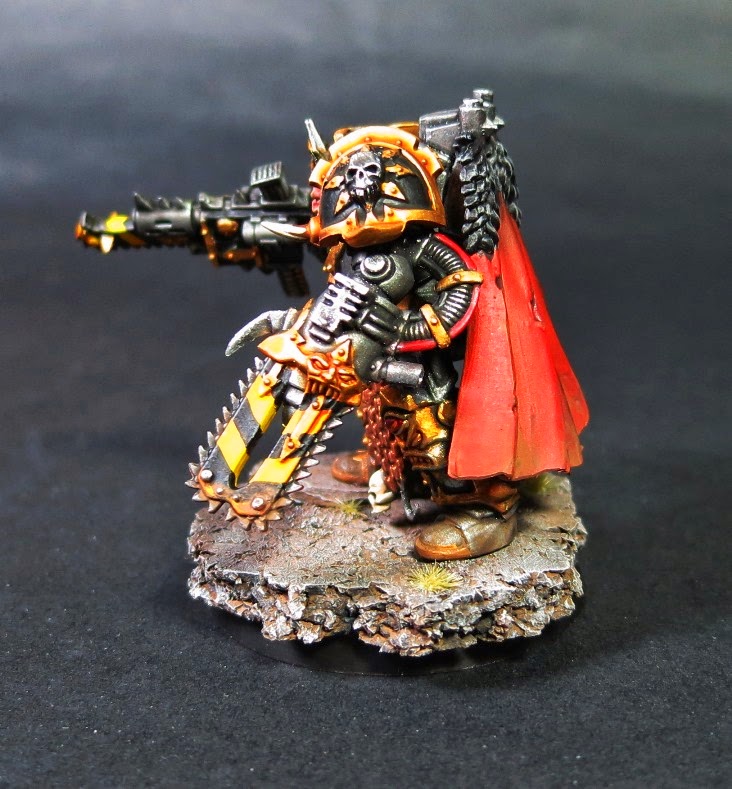 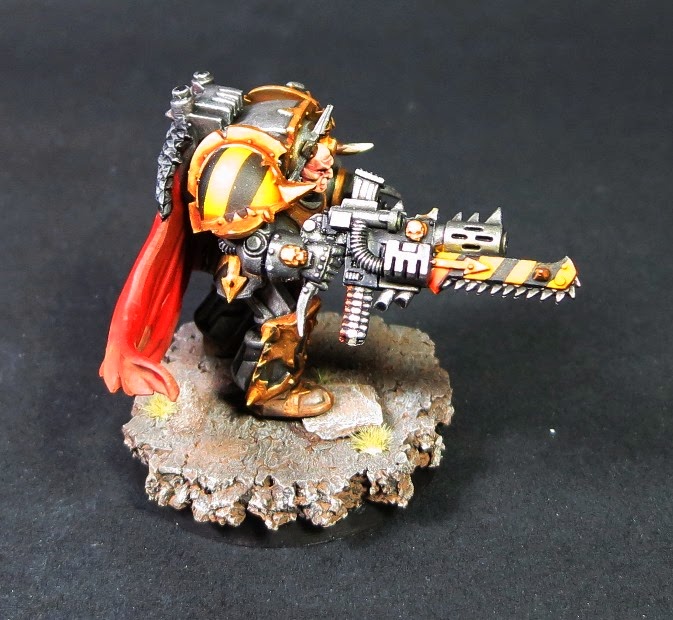 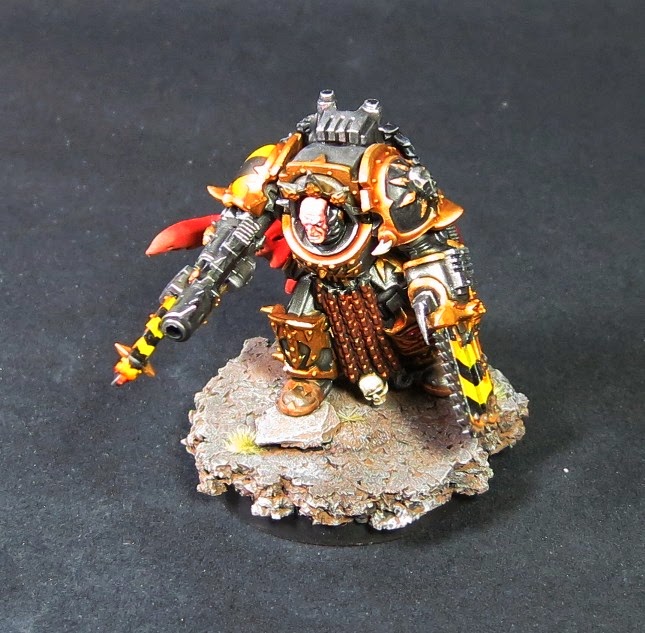 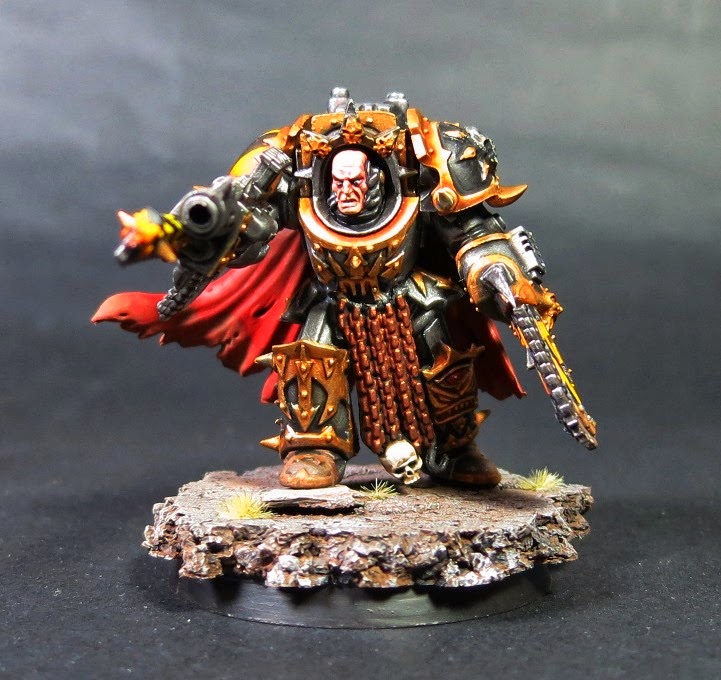 Now that I've recently finished (for the time being) my new Beastmen army, my thoughts have already turned to the next army building event Legio Malaysia has planned. This time it's 40K, and painting for the event starts in early May with the first throwdown happening during the Birthday Bash at the end of the month. I'm fairly certain I'll be doing Iron Warriors for this one, and here's the first test model.

Comments and criticisms are most welcome. I'm going for a classic look with the minimum amount of effort needed to achieve that. Have a look and tell me what you think! :)

Ready for March Monster Madness with Empire General on Griffon!

I'm glad folks convinced me to go with a paint job based on the Averland province- the black and yellow came out great I thought. If you look closely at the General's coat you can see I painted in the yellow and black checks- I love how that came out.

The 'Averland' text I painted on the front armor plate didn't come out as nicely as I would've liked, but I'm nonetheless happy that I did (largely) manage to paint it in a particular font. That's something I've never pulled off before so there's that!

I had to put on my jeweler's binoculars to paint the eyes of the General- getting old I guess. I'm pleased with how the face came out and overall I'll be happy to enter this into the Hobby Forge contest later this month.

Thanks for checking this out, and your comment and criticisms are welcome. Cheers! 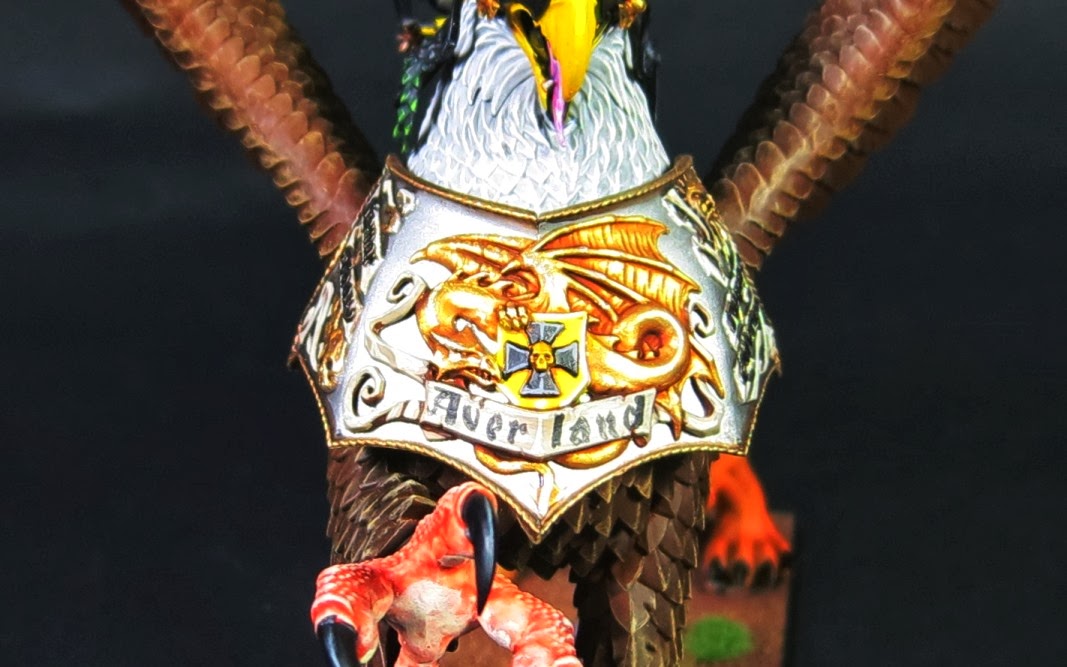 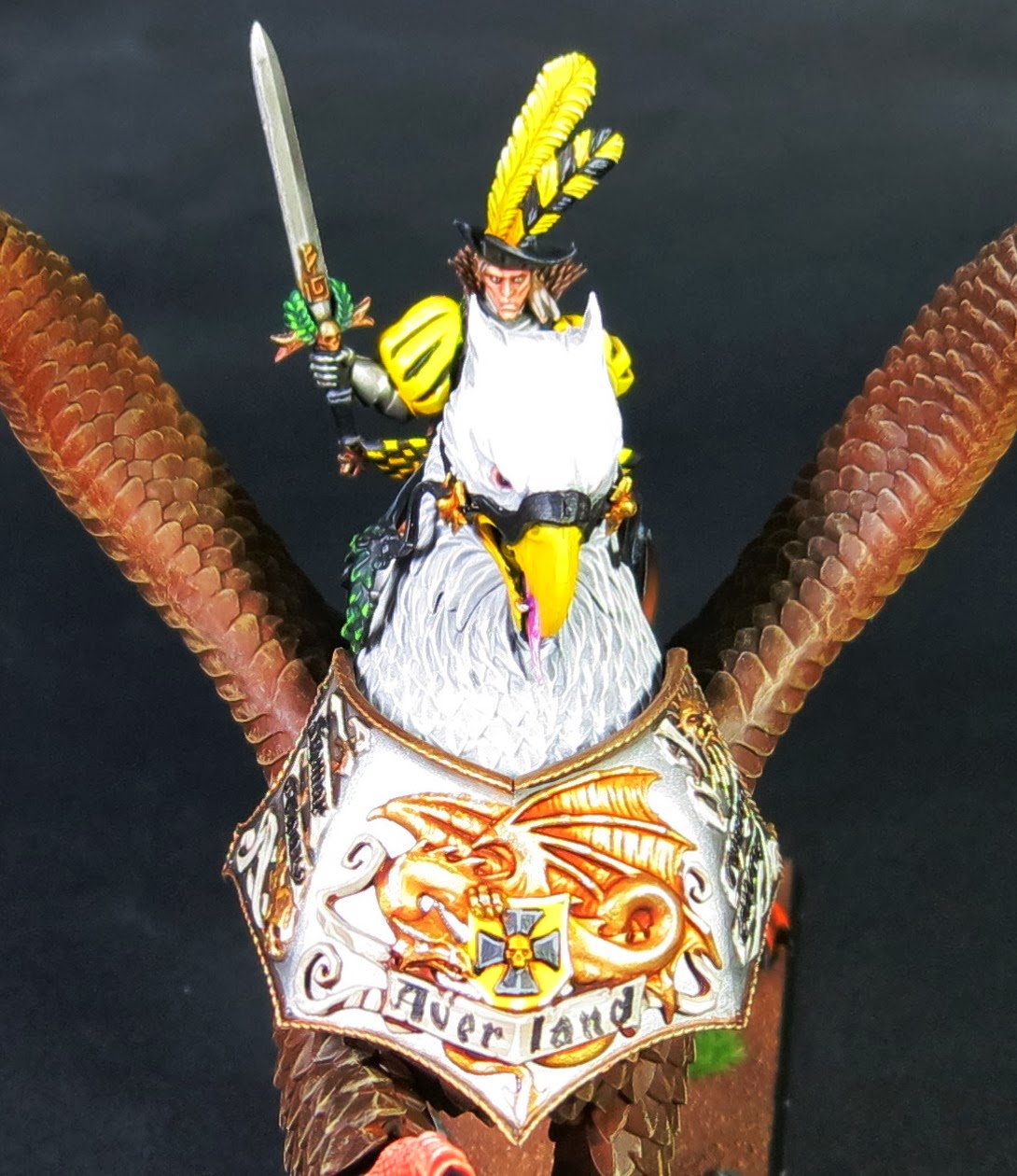 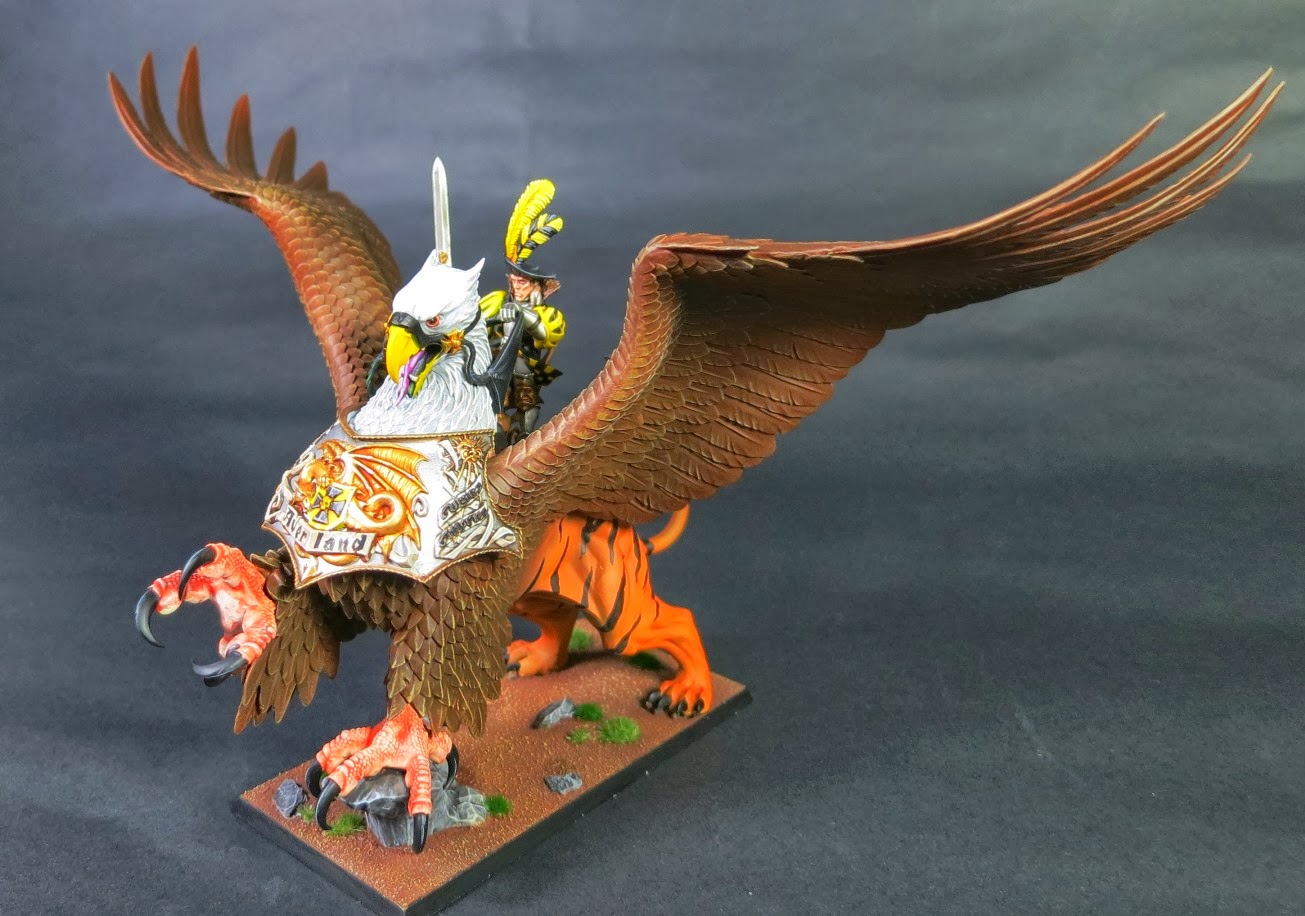 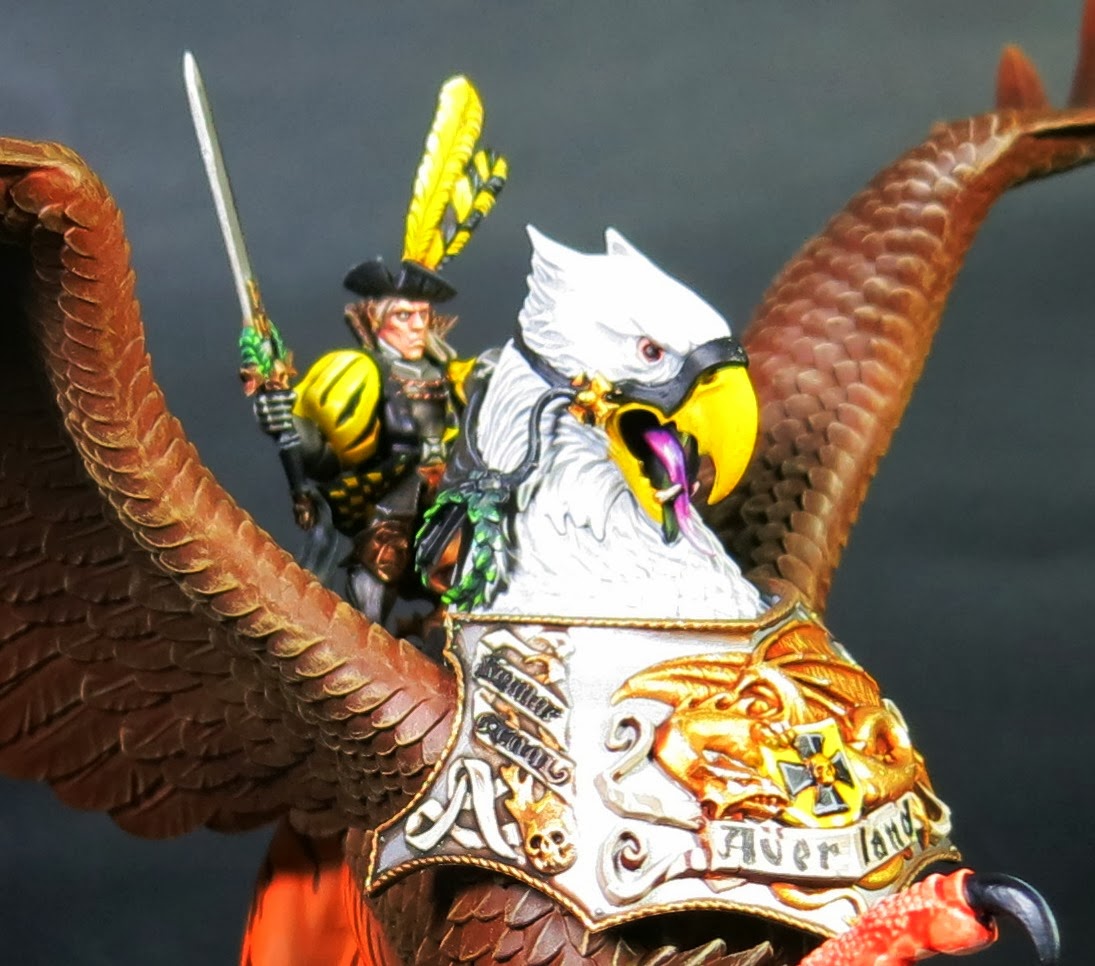