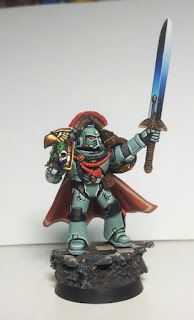 Well, he's all done. Unfortunately because of the cape he couldn't fit at all on the base I finished for him- poor planning I suppose. So, I settled on a regular base like the rest of the army has. I'll use the 40mm base for Captain Nikaetus when I start working on my Avenging Sons again.

Legs are Forge World Mk IV armor, with a plastic purity seal on the left leg. Torso and backpack are from the plastic Space Marine Commander set, though I did carefully cut off the exposed Aquila feathers poking out from under the tassels. The sword I'm using to rep his Paragon Blade is the Company Champion sword from the SM Command Squad frame. The head is from Forge World's Mk IV Command Upgrade pack.

The shoulder pads are Mk II pads from Forge World- the extra detail on the trim works well for a command model. The right shoulder I painted on laurels, and attached a Roman numeral "X" from Secret Weapon's Brass Etch Roman Numerals. Loken's the Captain of the Tenth Company, so I thought this would make a nice touch.

As fate would have it I got an email from Forge World yesterday telling me all about their new Garviel Loken and Abaddon boxed set. I did order it, but I sure could've used last month! Still, I'm happy with the conversion and paint job, and am looking forward to this Friday's HQ Throwdown at Legio Malaysia. 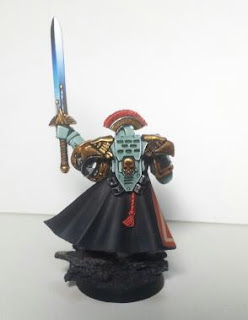 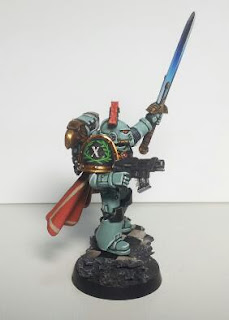 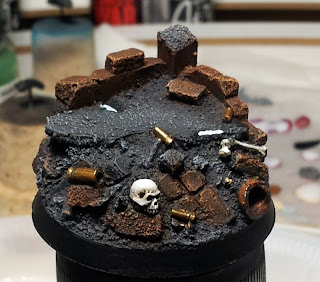 I've been working pretty steadily on my converted Garviel Loken for next week's HQ Throwdown, and tonight I finished his base. Given he's the mighty Captain of the Tenth Company, I thought a mighty base was called for. Quite some time ago I ordered this base from Dragon Forge because I thought it looked cool. Given the rest of my Sons of Horus are based with a rubble motif, this makes a great add on for my army's leader. In case you're interested here's the link to Dragon Forge's selection of "Urban Rubble" bases. This one's the "Heroic Base 40mm Round". Thanks for checking this out- here's a couple more shots... 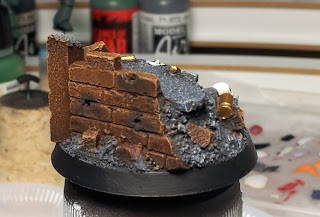 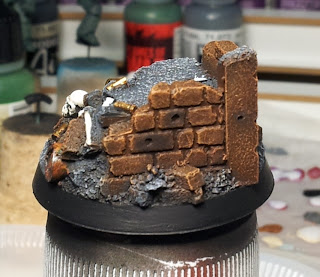 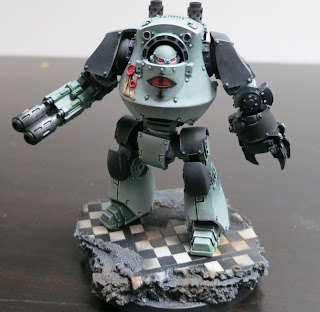 Last week I finally finished this for my budding Sons of Horus 30K army. This is the first time I've tried "color modulation" by shading with my airbrush between Gunship Green, "Horus Green", and White. Up next will be my converted Garviel Loken for the next Throwdown... 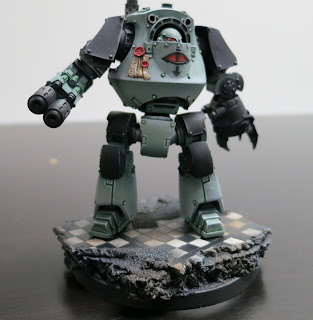 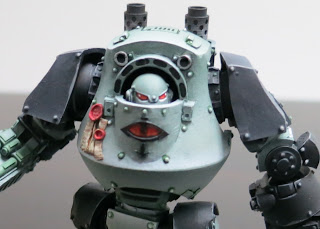 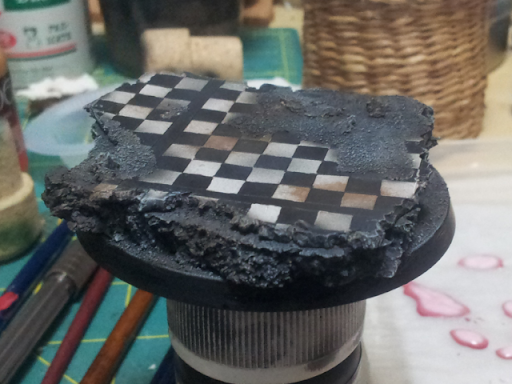 Got the base done and quite a bit of progress done on the dread itself. Should be done in the next couple of days!