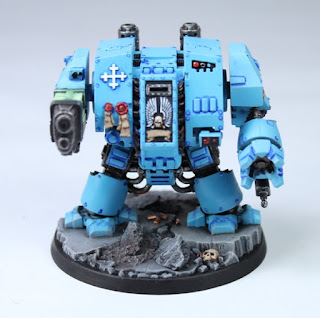 Well, after trying a few Tau schemes and not finding one I liked AND could be painted fairly fast, I've decided to make part of my overall Avenging Sons project my choice for the upcoming Iron Painter. Here's the list I'm currently thinking of:

That's 30 models on the nose (the minimum for Iron Painter) and is itself a legal list, again as Iron Painter stipulates. In the meantime, I'm going to paint the remainder of the army so that when Iron Painter is done, I'll have a 1750 point army fully painted and ready for the table.

As always thanks for checking it out- coming up next will either be a small Scout squad or a Land Raider Redeemer... 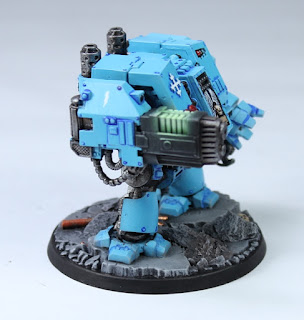 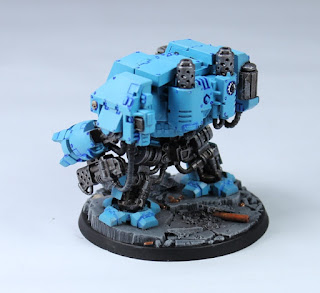 Posted by deathkorps at 7:55 AM