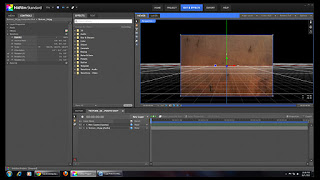 The last week or so of hobby time has primarily been spent getting ready to start a fairly involved video project with my good friend Khairul from The Wild Host. It's going to take the better part of three months of my hobby time, but if it all works like we're imagining I think the results are going to be pretty sweet. As part of that project, I've recently picked up Hitfilm special effects and 3d compositing software. It's quite a bit cheaper than other popular offerings out there like After Effects, especially when you go for the standard edition as I've done. This, in combination with Sony Vegas, should allow us to up the production value of our work and make the upcoming videos better than past efforts like the Ghemehaal campaign.

In addition, I've also decided for this project to switch from Avenging Sons Space Marines to Orks. I think they'll make a great subject, and has the additional benefit of being a natural foe for Khairul's upcoming Silver Skulls Space Marine project. I've never painted a complete Ork army, so this should be cool. I've come up with an airbrushed & inked scheme for their green skin, and should allow me to finish a test model before I head off to the US next week.

Well, I'm going to get back to my first learning project!