I knew the chances of getting it done were slim to none, but I can honestly say I gave it a shot. Over the course of four after work evenings, I got the following done:

In addition, I got all the vehicles basecoated with my airbrush. 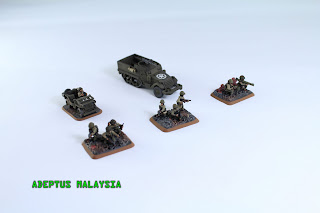 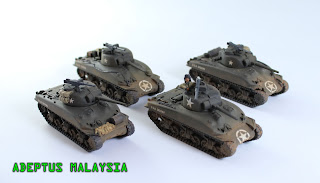 Between the assembled and finished models, this is the entire initial 1000 point force. All things considered, it's not a bad effort at all. I've got some models I can borrow for tomorrow's Market Garden launch, and I think with a holiday weekend's effort I can get the remainder of my first 1000 points knocked out. I'm thinking of a Priest battery and a recon section to round out 1500 points.