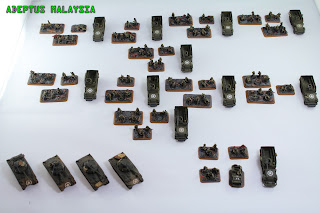 It's been a while since I went on such a hobby tear- probably the Iyanden Eldar army I painted comes the closest to so much assembled and painted in such a short period of time. While I'm not going to win any painting awards with this introductory force, the nice urban rubble bases from Battlefront make up for a multitude of sins! This weekend I'll get a full M10 Tank Destroyer Platoon done, along with an Assault Gun platoon of three M8 Scott tanks. That will get me close enough to 1500 points. If that works, I'll finish the army next week with a full battery of M12 155mm GMC SP artillery pieces. That will give me exactly 1750 points for the army, and should make a nice finish (at least for the time being). 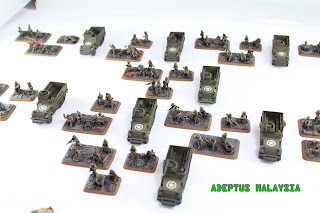 Tomorrow's Turn 2 of our Market Garden campaign. This time, I get to play with MY OWN army.